Want to know about the Differential Global Positioning System? It’s all here.

Differential beacon transmissions for the correction of GPS satellite signals in the UK was originally only available in the south and southeast areas. Even in these areas, there had been several problems receiving the signal. These are due to these areas of Differential Global Positioning being on the extreme limits of transmission of the European Differential Radiobeacons. 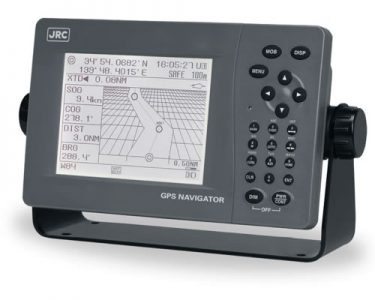 Since the 1st of August 1998, the General Lighthouse Authority (GLA) has operated many DGPS stations in the UK. There are three transmitters on the West coast of Ireland, two in Wales, two on the South coast of England, two on the East coast of England, one near Aberdeen, one in Shetland and one in the Western Isles of Scotland. These are intended to provide complete coastal Differential Global Positioning coverage to a distance from the coast of about 50 nautical miles.

Details of the locations, ranges and transmission characteristics are given in the accompanying table at the end of this feature Differential Global Positioning makes GPS more accurate. DGPS, which became operational on 1 July 2002, is a network of ground-based reference stations providing transmissions with coverage of at least 50 nautical miles around the coasts of the United Kingdom and the Republic of Ireland. It is an open system, available to all mariners and is financed from light dues charged on commercial shipping and other income paid into the General Lighthouse Fund.

DGPS can provide higher accuracies in the order of 5 metres or better in moving applications and even better in stationary situations, by cancelling out most of the natural and man-made errors arising from normal GPS measurements – such as Selective Availability (SA) which superimposes variability on the GPS satellite clocks to reduce their accuracy.

DGPS works by having a fixed receiver at a known well-surveyed ground-based reference station that continually monitors the GPS errors and transmits corrections to the measurements taken by mobile receivers operated by users of the system.

How can DGPS help maritime transport?

DGPS is no longer simply a navigation technique – it is a means to measure positions and movement of any kind to a high degree of accuracy. In the marine environment, radio beacon DGPS can assist safe navigation in waters where freedom to manoeuvre is restricted.

The output from the DGPS receiver could form the position sensor input to an integrated navigation system, an electronic chart system or an automatic identification system. In these applications integrity checking, high accuracy and stability are particularly important.

There are marine radio beacon DGPS services in over 24 countries throughout the world including most member states of the European Union. As technology advances, the signals from radio navigation systems are progressively transcending national boundaries and provide long-range transmissions from a network of satellite and terrestrial stations. A significant benefit for the safety of navigation since it enables a consistent means of navigation throughout the phases of the voyage, during the day or night and in conditions of reduced visibility.

What equipment do I need?

To obtain the precision of DGPS all you need is a “Differential ready GPS” either fixed or handheld and a Differential Beacon receiver. Most GPS sets currently available are Differential ready. It is then just a simple task of connecting the two units together and then selecting the frequency and bit rate of the beacon for your area and entering it into your GPS set. In other words, DGPS improves GPS tenfold.

Please note that since 1st May 2000 selective availability (S/A) has been turned off by the US Department of Defence. DGPS beacons not only correct the effects of S/A but also correct normal satellite clock errors, other system errors and errors caused by atmospheric conditions.

Looking to buy a pre-owned RIB?
Need some help on the pitfalls to avoid?
Why not use our twelve page guide with our 40 point check list to help you come to the right decision. Vist our RIB Buying Guide page for details.